Oil and lacquer on broken mirror with frame 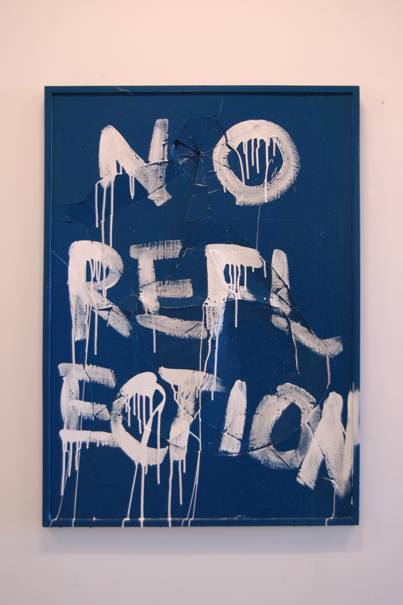 Acrylics and lacquer on combined lamp and space-divider, steel-wire 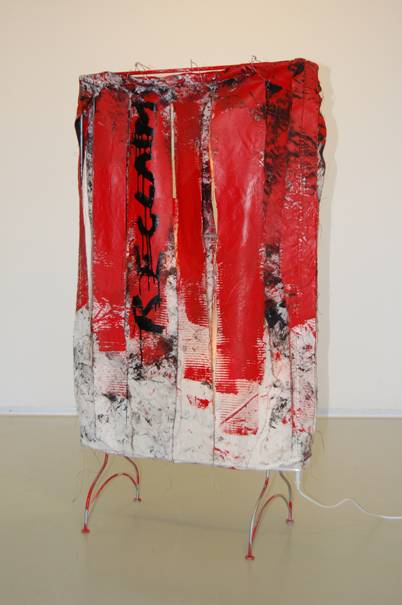 Oil and lacquer on table with hole and two legs 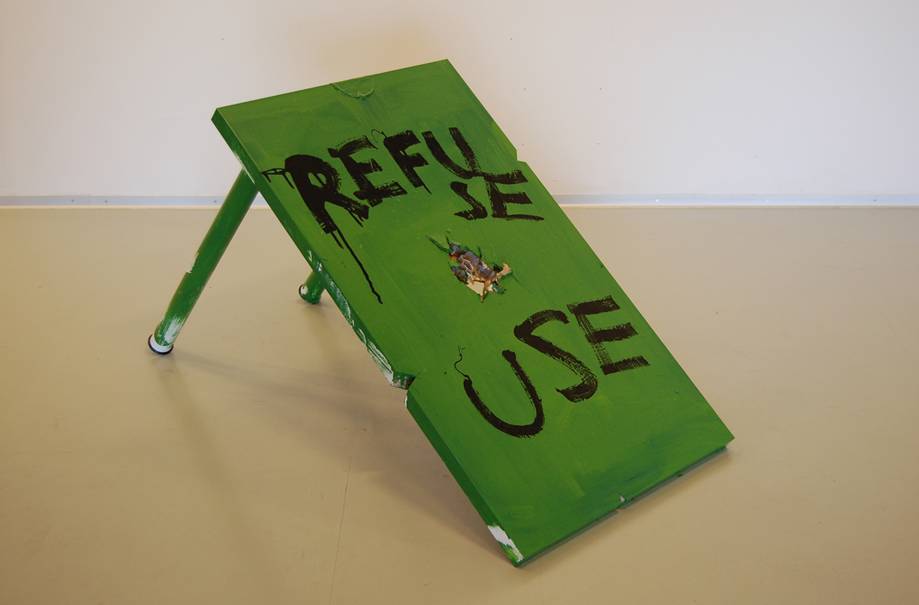 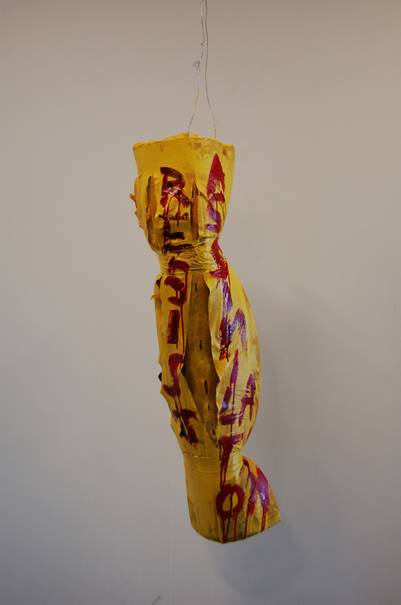 Oil and lacquer on perforated floor lamp with truncated cord 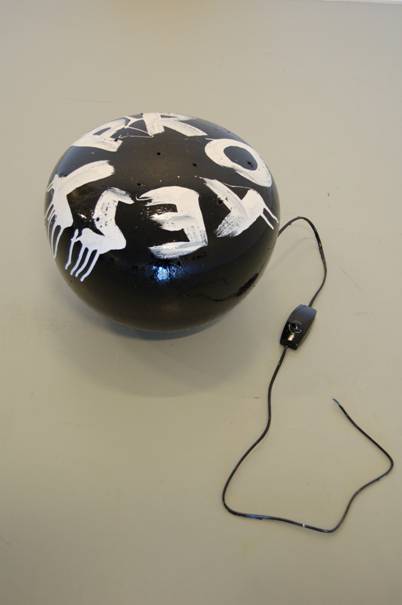 Domestic Riot, Exhibits #1-5 is a series of works relating to painting as a medium for revolt. Like the barricades and banners of riots in the streets, these objects have been altered to become symbols of resistance. Taking (Ikea) furniture as a point of departure, the works seem to have been through an in-house upheaval, relating both to the interior-design domain of domestic housing and to the commoditization of art.

Painting is normally to be seen within the realms of the interior, be it as a relating formally to the furnishings or as proof of the owner’s cultural assets it remains as an element of the interior design. In this series that perspective is inversed as the interior elements are transformed to painting as a result from a fictive indoor riot. Painting as medium has a tradition beyond art as a tool for groups of persons to demonstrate their discontent with authority and systems of control. Slogans and symbolic colours are painted onto banners, barricades and facades, as part of a language of the streets, or the exterior, outside the security of walls. In the series Domestic Riot the rebellion has moved inside, seemingly as a protest against the commoditization of the human (and of art). Paint is used to change (Ikea) furniture into barricades of slogans, with terms we recognise from resistance and upheaval, but also from within the discourse of art. In both cases language here serves as a meditation of freedom from the power of definition, a hidden but systematic oppression.